Founder of The Master's Conference
Robert Childress was recognized as one of the 20 most influential people in the legal software industry. Mr. Childress held senior positions with several key technology corporations including LexisNexis, Thomson & Thomson, Elsevier Science, CXA, Inc., McGraw-Hill, Shepards, Wave Software, The Lawyer Charity Challenge, and The Master's Conference. While at LexisNexis, Childress managed product design and software sales for legal management software products for their government and legal markets. As the president of Wave Software, Childress has been the catalyst for the tremendous growth of the company, developing it into one of the leading legal technology companies in the industry. During his tenure, Childress has been awarded numerous government contracts from clients such as the FBI, CIA, White House, and Homeland Security which have bolstered the company’s already elite portfolio of clients. He was also awarded the 2004/2005 National Register Who’s Who in Executives and Professionals and the 2005 Small Businessman of the Year among.

Robert was born October 12, 1972, in Joliet, Illinois, and attended the University of Colorado. He was the winner of the Florida Small Businessman of the Year award in 2005. Robert was a pioneer in the legal technology industry, first as the co-founder of Wave Software, where he won the 2008 Socha-Gelbmann Top Provider award, later achieved LTN “Presidents Corner” and won the “IT Florida” award in 2009, plus multiple LTN Awards over the years. He was the President and Founder of CXA, Co-Founder and Chairman of the Board of The Lawyer Charity Challenge, and Founder of the Lawyer Invitational. Robert served on many advisory boards, including ACEDS, LTPI, and as an advisor for Legal Tech.

Robert was a fan of soccer, paintball, and snorkeling in the Florida Keys. He was also a loving father who enjoyed coaching soccer and planning extravagant Halloween festivities. An avid sci-fi fan, who loved watching Dr. Who, Star Wars, and Battlestar Galactica. Robert is survived by 3 children and will be dearly missed.

Robert has requested that donations be made to Children’s Cancer Research Fund and Children’s Burn Foundation.

Mr Childress will definitely be missed by The Masters Conference Team, all of his friends, and family. RIP Mr Childress 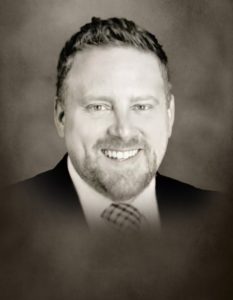